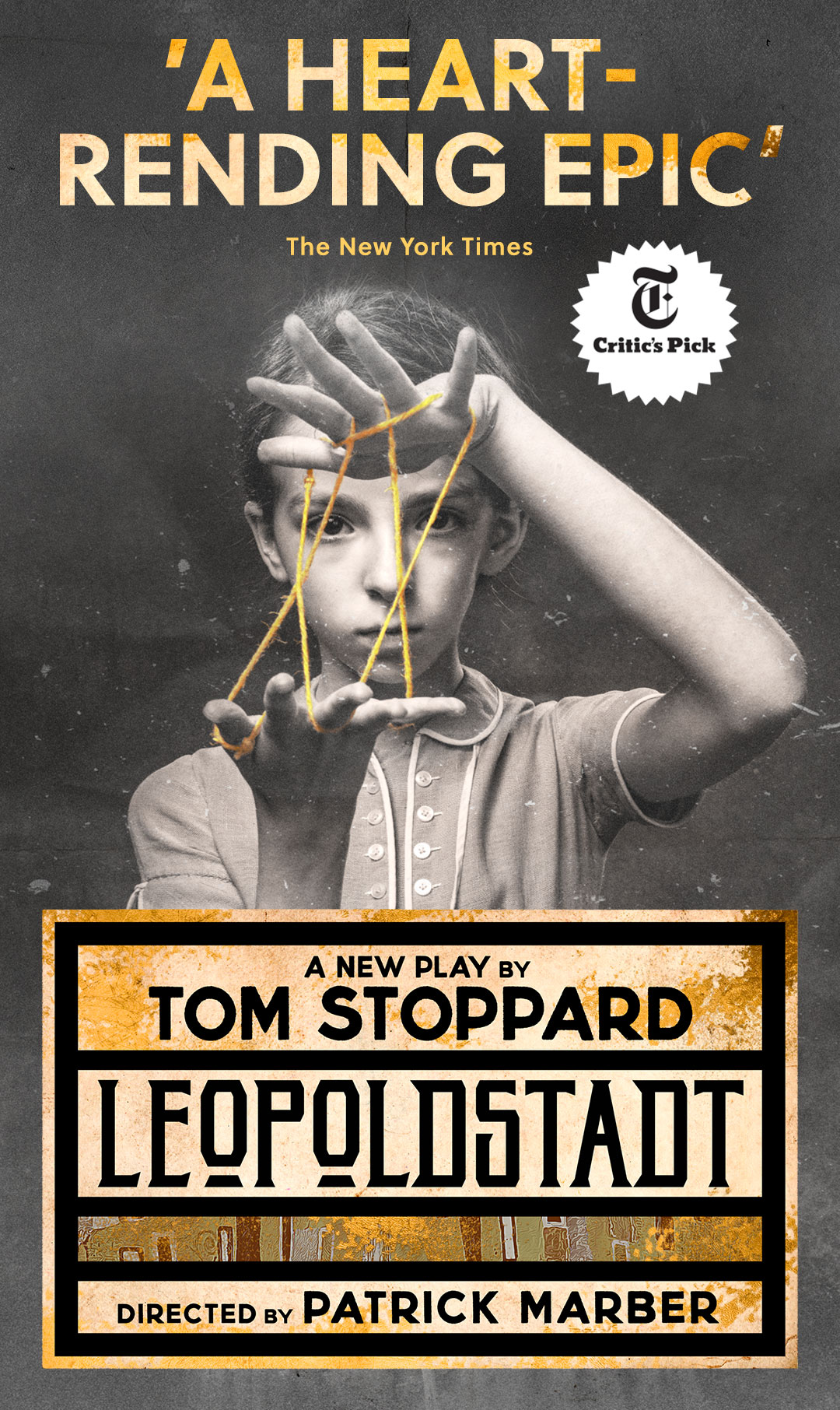 Set in Vienna, the play takes its title from the Jewish quarter. This passionate drama of love and endurance begins in the last days of 1899 and follows one extended family deep into the heart of the 20th century. Full of his customary wit and beauty, Stoppard’s late work spans fifty years of time over two hours.

‘Tom Stoppard is endlessly intrigued by questions of fate, chance, coincidence, in history as well as in love, and in the epic, breathtaking LEOPOLDSTADT, he examines the consequence of an entire people trapped in a common fate.’ - The Washington Post

With a cast of 38 actors and direction by Patrick Marber, ‘LEOPOLDSTADT’ will play on Broadway for a limited time only.

This is a play that ‘demands to be seen’ (Daily Beast).

BRILLIANT AND GORGEOUS.
A MASTERPIECE.'

2 hours and 10 minutes with no intermission

Recommended for ages 10+. Children under the age of 4 are not permitted in the theater.

A limited number of $47 tickets will be sold via digital lottery prior to each performance. The lottery closes at 3pm the day before each performance. Lottery tickets are limited to one entry per person and two tickets per winner. To enter and for more information, click here.

A limited number of $35 general rush tickets are available in-person at the box office on the day of the performance, on a first come, first served basis. There is a maximum of two rush tickets per person.